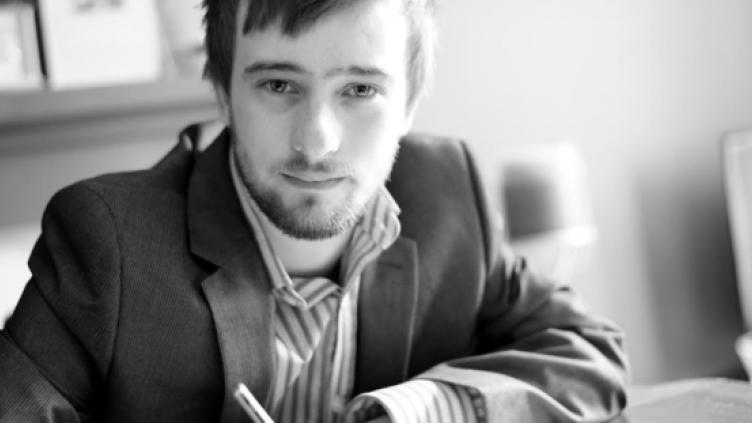 Former BBC Proms Inspire Young Composers’ Competition winner and Chetham’s School of Music alumnus, Thomas Brown, recently fought off tough competition at the Royal Conservatoire of Scotland, when his music was selected to be used for the medals ceremonies of the Total BWF Badminton World Championships, in Glasgow, on Sunday 28th August. "Fanfare and Theme" – which was selected as the winning work by Badminton Scotland, along with RCS head of composition Gordon McPherson and head of brass John Logan – was recorded in June by an orchestra from the RCS and will be broadcasted to an expected global TV audience of 500 million during the ceremonies. Patron of Badminton Scotland HRH Prince Edward Earl of Wessex will be in attendance, although it won’t be the first time he will have heard Thomas’ work; in 2012 he was in attendance as the patron of Chetham’s when Thomas’ "Chetham’s Fanfare: A Fanfare for Mass and Space" opened the new school building. Conductor and adjudicator John Logan commented, “Thomas work had energy, it had a beautiful theme, so it will be instantly recognized the more times it is played at the World Badminton Championships.”

“It was great to have the opportunity to have something recorded by an orchestra such as this and it was especially nice as many of the orchestra are friends of mine. I will be there in August and I am very much looking forward to hearing my piece on finals day,” Thomas added.

Shortly after finals day, Thomas – who has come a long way since he picked up the cornet and joined the Honking Hedgers, then the Hade Edge Brass Band’s junior outfit, nearly 16 years ago – will jet off to begin postgraduate studies at the Conservatorium van Amsterdam. Although he has accepted his offer, after hours spent trawling through directories and writing letters to various charities and trusts, he hasn’t managed to raise a single penny, therefore he has recently turned to crowdfunding to help cover the financial shortfall he faces to complete his studies. You can read more about Thomas, his work, his musical interests, and what he’s been and will be getting up to when he goes to Amsterdam as well as donate on his GoFundMe page.