BBE Webinar: Building Back to Band with Les Neish

Registration is closed for this event
Soloist, chamber musician, and educator Les Neish will be focusing on building up playing ability as you return to the bandroom. 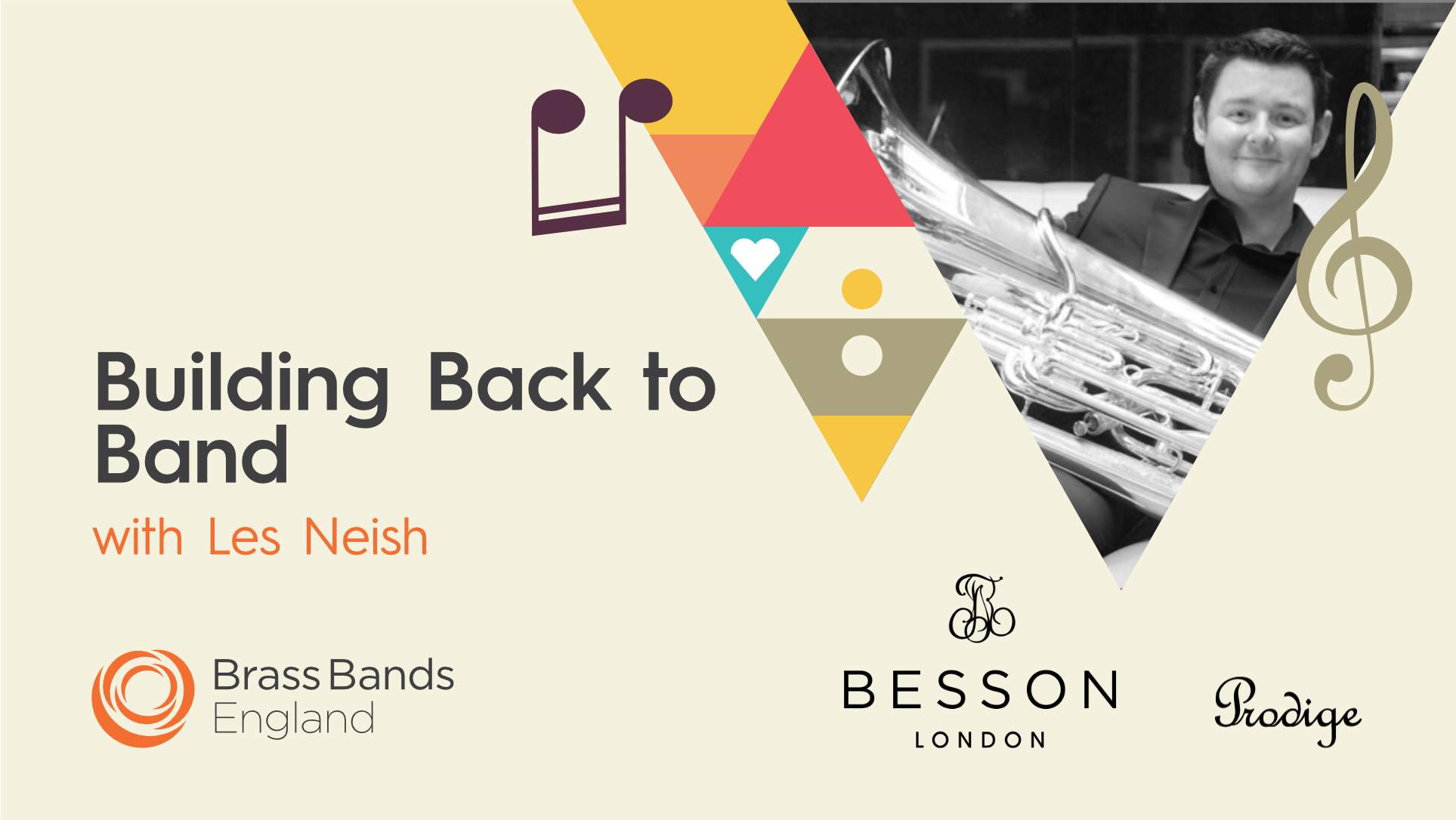 Leading wind instrument manufacturer Besson is supporting Brass Band England’s Online Development Programme, a series of webinars designed to encourage and develop the skills of brass players and bands. Broadcast fortnightly, the webinars will focus on different elements of performance, artistic direction, and band governance, and will be delivered by members of the Brass Bands England team and a range of guests, including many Besson artists.

The next artist in the series is soloist, chamber musician, and educator Les Neish. As the first tuba player to be awarded the Worshipful Company of Dyers Award at the Royal Overseas League Competition and performing the first solo tuba recital at the Bridgewater Hall, Manchester, Les has always pushed the boundaries leading him to a performance at Millennium Park, Chicago and recording with pop star “Sting”. Les is a tuba tutor at the Royal Northern College of Music, RNCM Junior School, Salford University, Birmingham Conservatoire, Huddersfield University and Liverpool University. He has also given masterclasses at Trinity College and Royal Academy of Music, London.

Meeting and playing together as a band is closer on the horizon, so in this week's webinar Les Neish will be focusing on building up playing ability after a break. As well as sharing his own experience of taking a break from regular practice during the pandemic, Les will be helping attendees with concerns and queries about building up their ability again as they return to the bandroom.

Les will also be introducing his newest project Insieme, a series of tutorial videos giving players the chance to learn a new repertoire, enjoy tutorial videos from top players and then perform with the ensemble in your own home.