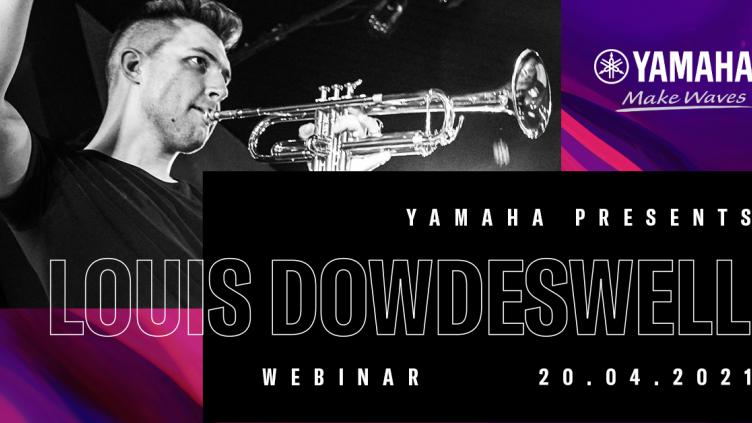 Supported by leading wind instrument manufacturer Yamaha, Brass Band England’s Online Development Programme is a series of webinars designed to encourage and develop the skills of brass players and bands, covering elements including performance, artistic direction and band governance. The latest Yamaha Performing Artist to feature in the programme is the accomplished young British trumpet player, music producer and content creator Louis Dowdeswell in a webinar scheduled for Tuesday 20 April 2021.

Recognised for his work with chart-topping musicians, leading orchestras and on TV shows including the X-Factor, Louis’ passion for big band music is equally well known to his 80,000 YouTube subscribers.

What trumpet does Louis Dowdeswell play?

Commenting on behalf of Yamaha, Product Marketing Specialist Jeremy Smith says, “Louis is a terrific role model and inspiration to the next generation of players, expanding his role beyond that of a musician into teaching, production and content creation. We’re sure that Louis’ webinar will break new ground in just the same way as his playing does.”

The webinar is free to access for Brass Bands England members or £5 for non-members and will be delivered using the Zoom webinar platform.

Brass Bands England works with a wide range of partners in strategic, tactical and informal ways to help share the fun, challenges and rewards of being involved with a brass band. It promotes and shares the brass band story and encourages the support of bands across the UK, providing a voice for bands and players and shouting about the life-enhancing benefits of this vital area of culture.