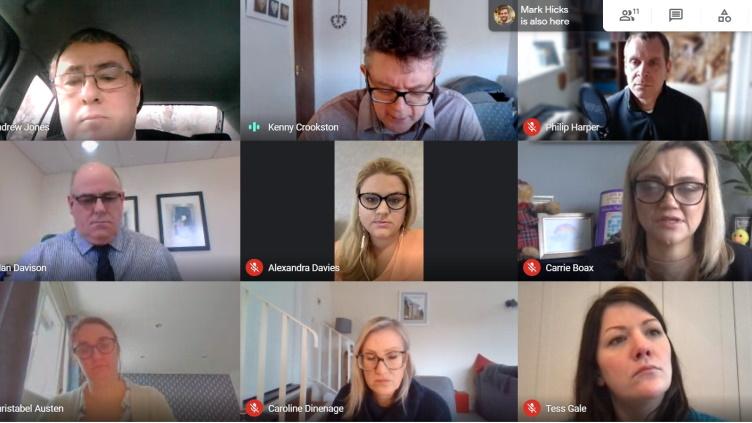 Representatives of banding bodies in the four UK nations today participated in a meeting with Caroline Dinenage MP, Minister of State for Digital, Culture, Media and Sport (DCMS), and Alex Davies-Jones, MP for Pontypridd, to discuss the implications of Brexit on amateur and voluntary musicians travelling within Europe. The meeting follows on from a question relating to Cory Band’s participation in future European Championships, raised in the House of Commons by Mrs Davies-Jones on 19 January.

Other issues raised were the increased bureaucracy, additional costs, potential effects on scheduling and lack of clarity of the regulations. Allan Davison also outlined additional problems relating to bands in Northern Ireland since the Brexit bill came into force on 1 January.

Philip Harper, Musical Director of Cory Band, also attended the meeting and spoke passionately not only on how the additional burden of cost and administration will affect Cory and other elite bands, but on how the new regulations will affect the entire arts community both now and for future generations.

In response, Dinenage stated that the DCMS was still working through the repercussions of the Brexit bill, but recognised that touring was hugely important for musicians’ careers at all levels. Providing access to information and working with other Government departments, such as the Department for International Trade, the Foreign and Commonwealth Office and the Treasury, were outlined as priorities to support what she described as “The soft power that takes the best of our country to other parts of the world.”

The Minister thanked the brass banding representatives for their contributions to the meeting and indicated that there would be opportunities for future contact on the matter as the DCMS continues its work to drive growth for the creative industries.

Brass Bands in England can access resources, support and funding opportunities on joining BBE as a member band.

To support the brass band sector you can donate to the Brass Band Emergency Fund.