Party time at Brass in Concert 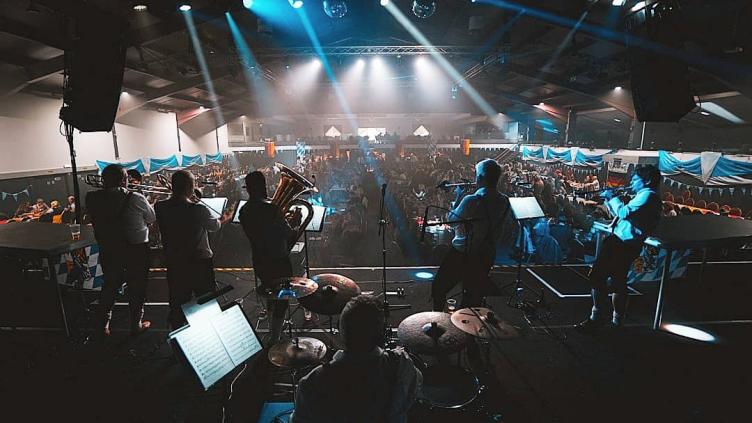 The organisers of the Brass in Concert Championship, to be held on Saturday 19 November at Sage Gateshead, in association with Yamaha, Banks Group and World of Brass, have announced that this year’s event will close with a party for players and audience members.

Following the success of the same concept at this year’s European Brass Band Festival, the Brass in Concert party will commence immediately after the conclusion of the results. All players and ticket holders will have the opportunity to stay in the concourse area of Sage Gateshead for entertainment provided by Backstage Brass, which will perform a range of classic and modern pop tunes until the late evening. The members of Backstage Brass are no strangers to entertaining the brass band world, having headlined at the Butlin’s Brass Band Festival in January this year. A bar extension has also been secured at the venue to ensure the evening can be enjoyed to the fullest, with last orders taking place at 11:30pm.

In a change from previous events, musicians from competing bands will also be allowed free entry into this year’s results ceremony. Recognising that audience numbers tend to drop at the conclusion of the final contest performance, Brass in Concert has agreed with Sage Gateshead management that players from competing bands will be allowed to occupy empty seats in the hall for the awards ceremony on a first come, first served basis.

Organised in partnership with Brass Bands England, the event will see 12 leading bands from the UK and Norway gather in a celebration of music-making, which will see a full complement of bands for the first time since the pandemic.

In addition to the competing bands, the programme of events will include a performance from Houghton Area Youth Brass Band, which will entertain bands and audience members as they arrive at the venue in the morning. This will take place at 10.00am in the performance area of the concourse. Doors to Sage One will then open from 10.30am for an 11am start.

Speaking on behalf of Brass in Concert, CEO Nigel Stevens commented: “The players’ party following the European Championships in Birmingham was a fantastic way to end a great occasion and we are confident that the combination of the Brass in Concert Championship and the Sage concourse are perfectly suited to a similar celebration. We are also delighted to be able to recognise the performers’ contribution to the event and hope that as many of them as possible will be able to stay with us throughout the Saturday evening in Gateshead.”

General ticket sales for the Brass in Concert Championship are now open on the Sage Gateshead website.

Further information on the event, including the order of play, can also be found on the Brass in Concert website.