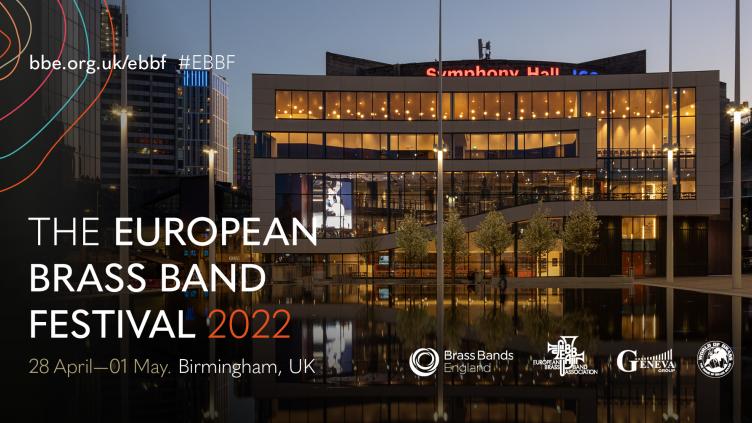 Its first time back in England in 15 years, the Championships will form part of a wider four-day festival celebrating the best of brass banding. Events will take place in Birmingham at the Symphony Hall and Town Hall from 28 April to 1 May.

Gaining one of the remaining Combi Tickets will provide a £41 saving against purchasing for individual events, and is the only way to access the best available seats in the stalls, circle and upper circle.

What’s included in a Combi Ticket?

So far 25 bands are confirmed for the Championship, plus additional performers in the weekend’s closing concert.

Speaking on the full line-up for the event, Kenny Crookston, Chief Executive Officer of Brass Bands England, commented: “Those with a Combi Ticket will gain access to five absolutely jam-packed events, providing the chance to hear up to many of the world’s leading bands perform right here on our doorstep.”

Events included in the EBBF Combi Ticket are:

Kenny Crookston continued: “Along with access to the entire Championships, Combi Ticket buyers will be able to round off the weekend with the best seats in the house at a fantastic Gala concert featuring a groundbreaking collaboration between Cory Band and the Louis Dowdeswell Big Band. It’s due to be a truly unique performance and what we think could well be the highlight of a fantastic and memorable weekend.”