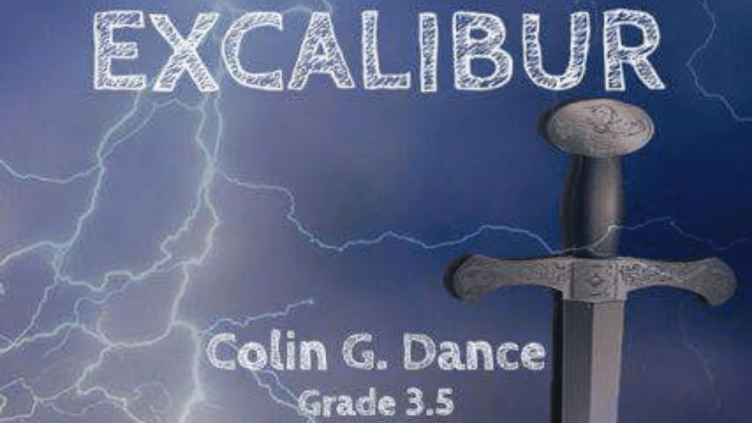 Hello, I'm Colin G Dance - BBE member, composer and arranger. My company is 'Dance is With Music' in Somerset. I am thrilled that one of my compositions, ‘Excalibur’, has been selected as the 3rd Section test piece for the finals of the National Brass Band Championships in Germany in 2022. All the set test pieces are published by Musikverlkag Frank in Switzerland, and this is big news for them as well. I’m absolutely over the moon! Who knows - perhaps some of my works can feature as national test pieces here in the UK in the future?

In 2006 I obtained a 1st Class Honours degree in conducting, composition, arrangement, and performance courtesy of Richard Evans and the Accrington and Rossendale Band Studies Course (Sheffield University), and since retiring from the police service in 2009, I've been gainfully employed by Musikverlag Frank in Switzerland (thanks to the introduction by Alan Fernie) as a composer/arranger/transcriber. I have a large number of pieces published by them, and I also have many pieces published on my own website: danceiswithmusic.com. I'm also a tuba player for Championship Section SW Comms Band in Lympstone, Devon, and for Exeter Symphony Orchestra. I also won the 60th Anniversary composing competition of the South West Brass Band Association back in 2006 with another work, 'The St Michael Ley Line',

I started writing 'Excalibur' back in 2006, and it was first published by MMI Music in Brackley as 'Avalon Rhapsody', but was renamed prior to publication in Switzerland. The work is based on the life and times of King Arthur, Sir Lancelot, Lady Guinevere, and the Knights of the Round Table after whom the movements are named, and it drew huge inspiration from John Boorman's 1981 film of the same name, which heavily featured music from Richard Wagner's opera 'Siegfried' (Götterdämmerung) in the soundtrack - perhaps why the piece was chosen for a German contest.

Here’s a link to the DBBV website where you can read all about it: National Brass Band Championships – Germany 2022

Are you looking for future test pieces? Contact BBE at info@bbe.org.uk if you'd like to be put in touch with me. Until then, happy contesting!

Looking forward to a return to contesting? See what's on, alongside other training and networking events, on the BBE events page.