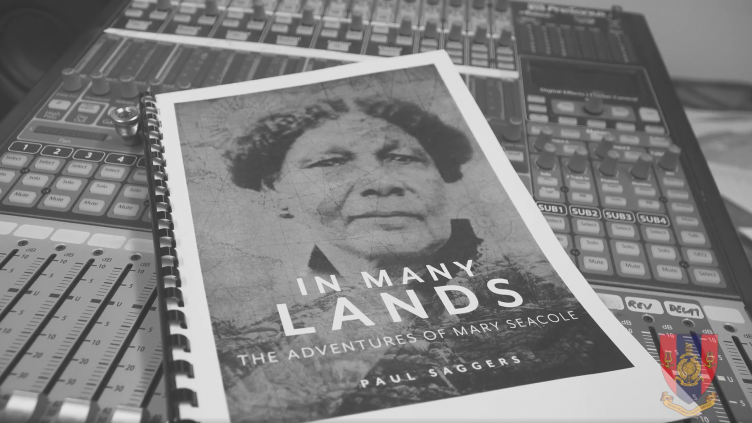 Just over a week remains until the European Brass Band Festival kicks off its stay in Birmingham, beginning with a special prelude concert from The National Youth Brass Band of Great Britain (NYBBGB) and The Band of Her Majesty's Royal Marines, Collingwood.

Taking place on the eve of the European Brass Band Championships, on 28 April at Town Hall Birmingham, the event showcases a unique partnership between the two bands, which celebrates music education and performance routes.

The highlight of the programme for many will be the brand new work In Many Lands from well-known brass band performer and composer Paul Saggers. The piece gives a musical account of the life of inspirational historical figure Mary Seacole, a British-Jamaican nurse and businessperson who braved danger and prejudice to set up the ‘British Hotel’ during the Crimean War to care for casualties from both sides.

Why Mary? The team were searching for inspirational stories to create a theme of celebration to mark The National Youth Brass Band’s 70th anniversary year, and Mary’s compassion and perseverance made her a fantastic role model. Captain Sam Hairsine commented: “We were just talking through a few historical figures, but Mary Seacole really stood out as this inspirational figure.”

To share more insight into the piece, Paul Saggers recently sat down with conductor Captain Sam Hairsine, in an interview you can watch below, where he explains how Seacole’s biography Wonderful Adventures of Mrs Seacole in Many Lands provided a wealth of information to inspire the piece.

As well as showcasing Great Britain’s finest young brass and percussion players, The Band of Her Majesty's Royal Marines, Collingwood will present a show-stopping programme featuring a world premiere, First Voyage by their Bandmaster, Warrant Officer 2 Hannah Trudgeon. This piece tells the story of James Cook’s first voyage to the South Pacific and references both the mission to study the transit of Venus and the secret mission to find Terra Australis Incognita. A fantastic piece in four movements, part of it brilliantly deals with the conflicts caused by the ‘discovery’ of lands already inhabited.

World-renowned trombone soloist (and NYBBGB alumnus) Brett Baker will perform The Eternal Quest by Ray Steadman-Allen. A musical portrayal of a man’s stumbling quest through life towards salvation, it was written in the year that the NYBBGB was founded. Another fantastic way to celebrate how much the band has achieved on its 70 year journey.

The world-famous Corps of Drums will feature too, with their display being heralded by the Regimental March of the Royal Marines A Life on the Ocean Wave and followed by Fillmore’s Rolling Thunder.

Under 16s can attend the concert for free when attending with a paying adult. This discount is applied automatically at check-out - just choose the under 16 option when booking. Please note that the offer is for one free child place for each paying adult.

Proceeds from the concert will go to the initiatives for young brass musicians, making it the perfect chance to hear an inspiring mix of young talent and banding excellence whilst also supporting the next generation of performers!