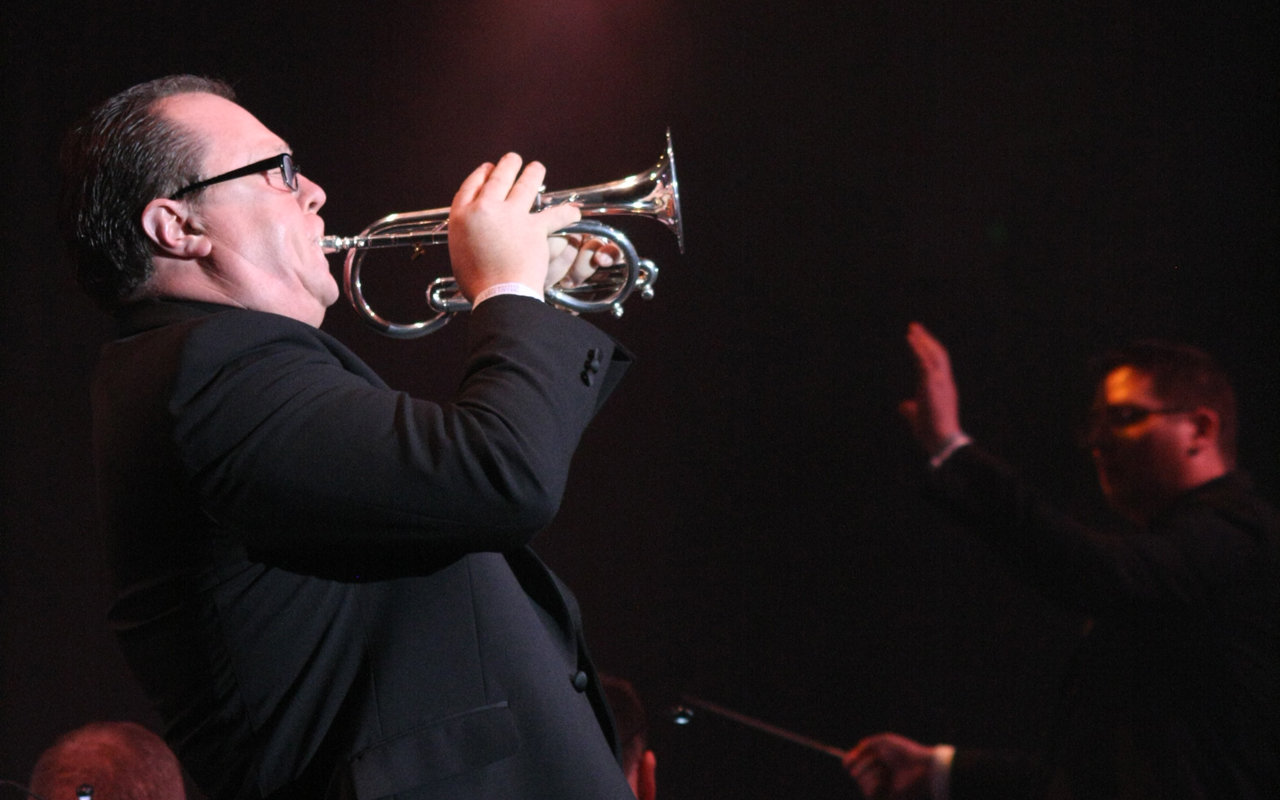 Paul joined the Brass Bands England Board in autumn 2021 and brings a combination of experience of performance at all levels alongside a deep understanding of senior roles in business.

Paul is well known as the soprano cornet player for the Flowers Band, with whom he has competed at the highest level, winning various titles and solo awards including the best soloist at the National Finals in 2015 and the Best Soloist at Brass in Concert 2018. Prior to this, Paul's playing career spans many more aspects and levels of the brass band world.

Paul started his playing career in Cornwall and in his early years progressed through Mount Charles Band and then into St Austell Band (under Albert Chappell), eventually assuming the principal cornet chair. He also held the same chair for the Cornwall County Youth Brass Band. After his job took him to Bristol, Paul joined the Sun Life Band, assuming the principal cornet chair in 1988, a position he held for five years, playing under greats like Roy Newsome, Richard Evans and Geoffrey Brand. During this time the band won the British Open, the WMC Kerkrade world title, and produced a legacy of recordings and concert performances.

After a long period where concentrating on family and career, Paul came back into banding when his son joined the local Swindon Brass youth band. After a split within the senior band, Paul helped set up and became Chair of the Great Western Youth Band, an independent umbrella organisation for three youth bands with over 100 young players and a team of tutors. He held this position for ten years, seeing the organisation grow in terms of players, turnover and standards. The band remains in excellent shape, providing tutoring and banding for many young players. Paul is very proud that a significant number of these players now play for top local bands and in the British Army Brass Band.

On the back of this, Paul was involved with the set up of Brunel Brass, which successfully combined young players and more senior players into a new band that went on to win four regional and two national titles, moving from Section 4 to the championship section over a six year period. Paul was fortunate to be part of both these organisations in both playing, organisational and mentoring roles. It was only the chance of moving to Flowers and playing once again at the highest level that saw him move on from these great times in grass roots banding.

In terms of business, Paul has a career that extends over 35 years working for highly successful organisations like British Gas, Homeserve and The AA. In more recent times, Paul has moved into Housing Management and his current role is running a £200m Housing Association (Orbit) with over 800 staff. Paul actively supports and reports to a Board of Directors to provide the strategic direction, governance and risk management of this highly regulated organisation. He has previous experience of being a non-executive director of Merlin Housing and also sits on the Board of a joint venture which oversees the funding of social enterprises using part grant/part loan finance on behalf of The National Lottery and Big Society Capital. He also sits on the investment committee of this fund.

Paul has a strong desire to give something back to a movement that he passionately cares for and that he has had huge enjoyment from for many years and believes that now more than ever the community needs strong leadership, innovation and organisation to help it to continue to develop and grow.