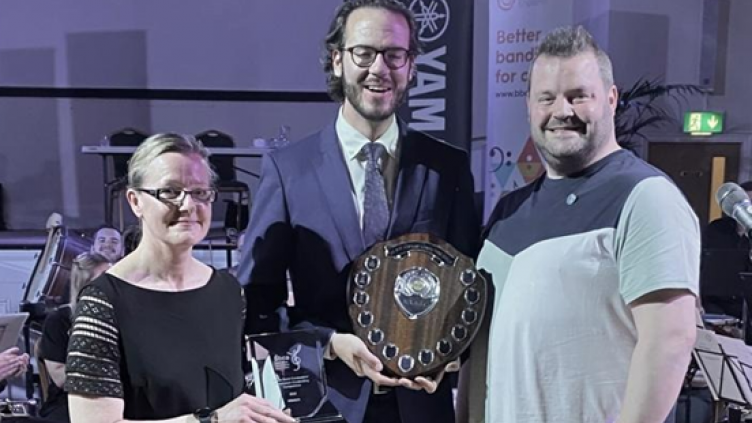 On Saturday 18 June the live flagship Brass Band Conductors’ Association’s conducting competition returned to Eccles Town Hall with 11 semi-finalists battling it out for a place in the final.

In the evening, the 6 finalists were adjudicated as they conducted the Eccles Borough Band playing some fabulous film music classics in a spectacular gala concert at Eccles Town Hall.

The standard of conducting was extremely high, and the BBCA are thrilled to announce the winners:

Boris Oppliger was presented with the Roy Newsome Conductors Shield, a £200 cash prize and a year’s free membership of BBCA. He will also have the opportunity to rehearse and conduct a championship band.

“The competition has been a huge success and I am extremely proud of the Association for what has been achieved. I would like to thank all that have played their part in the realisation of the event with special mention to the two bands, Hammonds and Eccles whose playing standard has been sublime throughout. I also want to thank our adjudicators Paul Hindmarsh & David Thornton for their thorough work throughout the day. All competitors have been highly complimentary of all the feedback received and the huge benefit this will have for their conducting moving forward. I congratulate all the competitors on their performances, each having their own merits, and my special congratulations go to our podium finishers and winner Boris Oppliger.”

The BBCA would like to thank Yamaha for their generous sponsorship of this event.

Find out more about the BBCA, Join the BBCA or email: rosie@bbe.org.uk