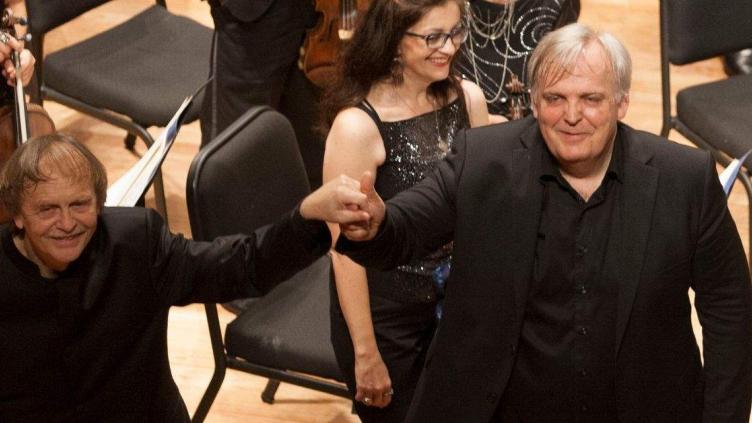 The Brass Band Conductors’ Association (BBCA) has confirmed the adjudicating panel for the upcoming online version of its annual conducting competition.

A special guest adjudicator will also be joining the panel – BBCA are thrilled to be able to announce the appointment of Bjarte Engeset for the 2021 competition.

From 2007 to 2012 Engeset was Chief Conductor and Artistic Director of Sweden’s Dalasinfoniettan and is currently Music Director of the Royal Norwegian Navy Orchestra.

Engeset has performed and toured extensively, working with many leading orchestras and artists worldwide. In the brass band world Bjarte has worked with both Bjørsvik Brass and Eikanger-Bjørsvik Musikklag.

"I am delighted to welcome Bjarte onto the panel of judges. He is established as a leading teacher of conducting in Scandinavia and a world-class musician with many years of professional experience with some of the world's best orchestras. Having access to his expertise will only enhance the learning experience for everyone involved in this competition".

Entries should be submitted via video by midnight on Monday 31 May 2021. Footage must demonstrate an individual conducting an ensemble (of any kind – it doesn’t need to be a brass band) and the recording must have been made within the past six years.

Entry form and further guidance can be found on the BBCA Conducting Competition entry page.