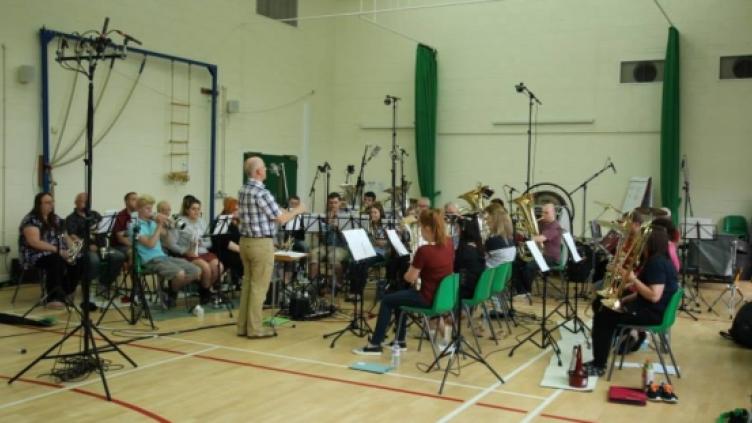 Middleton Band were one of the first bands to contact our then only Liaison Officer, Rachel Veitch-Straw, in 2013. They requested a meeting to discuss ideas and possibilities for the next 5 years.

The band’s governance (the committee set-up and structure) and the way they were organised as a band was already established and working well. With successful youth and beginner bands in the “family” and a positive relationship with a local sponsor, the band were seeking advice on what they could do next.

The band’s committee met with Rachel in Manchester. After outlining their story so far and their hopes and ambitions, Rachel guided the team through a number of possibilities and options, focusing on financial, artistic, publicity and collaboration opportunities.

The band went away with their heads spinning – they had endless exciting and useful ideas, and now had guidance on how to accomplish them. Their next task was to follow Rachel’s advice to choose three priorities, talk to the band members and everyone about them, and set about making them happen.

Rachel and the band’s Secretary, Jamie Wade, kept in touch and the team have met with Rachel several times since to review and re-plan.

The band’s meetings with Rachel have kept them up-to-date with the latest support available, and given them the confidence that they were making positive plans for a successful future. As a result of their Brass Bands England membership, Middleton Band feel supported, have applied for – and received – a Grants for the Arts award from Arts Council England, and have connected with inspirational groups like Bollywood Brass with a view to future partnerships.

The band are preparing to share their methods in a Brass Bands England-produced webinar and will be connecting with bands who wish to learn from them, as well as reaching out to bands that are more established in artistic development and at reaching wider audiences. Middleton are also planning a development of their youth activity in connections with local schools through Bollywood Brass, and are seeking guidance from Arts Council England regarding a project with an international focus.

The band have raised over £6000 in additional income since their first meeting with Rachel, the “Friends” scheme alone raising over £2000. They have also recorded a large increase in enquiries, resulting from better publicity for their concerts.