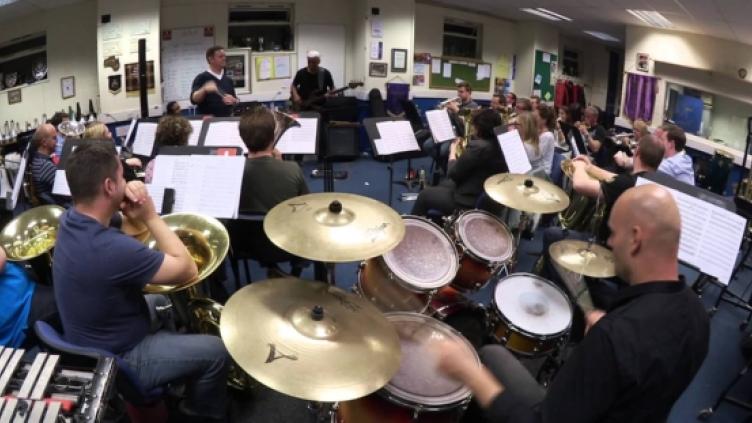 Just a Vibration is an artistic, musical and ground-breaking project which is the brainchild of Shri Sriram, a renowned multi-instrumentalist and composer. He dreamed of bringing together the warm sounds of brass, traditional Indian instruments played by top class musicians, to play new compositions featuring this combination of sounds and sources. Shri and his wife and project manager, Shirin, were put in touch with Rachel at Brass Bands England by Craig Monk of Arts Council England.

Shri explained his idea and Rachel connected him with Hammonds Saltaire Brass Band, who had recently approached Brass Bands England seeking opportunities to develop as a business-focused organisation, as well as expanding their artistic horizons.

Skelmanthorpe Band joined the project later in order to perform the pieces at the Hull Freedom festival in September 2015.

An initial session introduced the musicians and their sounds and Shirin applied for, and received, an Arts Council England Grants for the Arts award to cover the financial outlay needed to make the project take place.

The official premiere of the pieces and the launch of the album took place as part of the London Jazz Festival in 2015.

The project introduced Hammonds Saltaire to new musicians, new musical sounds, a new audience, a new culture, and new venues, as well as connecting them to networks in the jazz and festival worlds. As a result of being part of a Grants for the Arts-funded project, the band are now confident in developing their own GftA venture.

In addition, connecting with Indian culture has inspired Shri, Shirin and the band to work together on new projects based in the Bradford and Huddersfield region, connecting young players from musical traditions which exist side-by-side yet rarely interact.