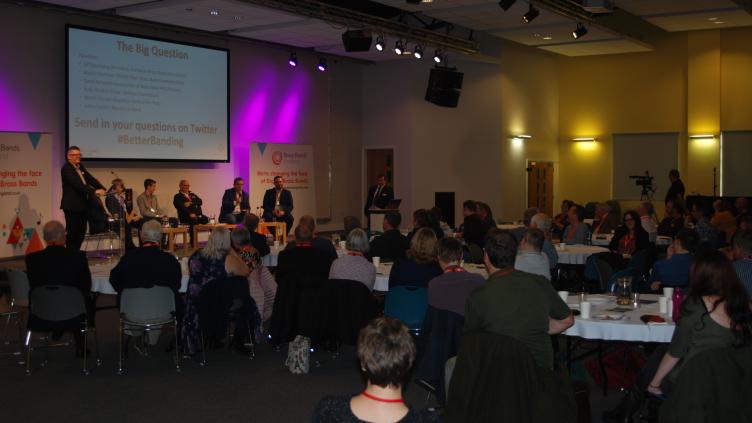 Brass Bands England (BBE) has launched the next part of the Brass Band Contesting Survey currently in progress. This part covers one of the most eagerly anticipated sections of the survey looking at the national competition. This survey is designed to find out your views on the current state of brass band contests and if you missed any of the previous parts you can still take part in them too.

The aim of this survey is to look in more detail at views on contest events. This part should take about 10-15 minutes to complete.

To take part in the survey please visit the survey page on BBE.org.uk  or to go direct to Part 5 please go to this link.

One participant from each part of the survey will be picked at random to receive a year’s free individual membership of Brass Bands England. Last week’s winner was already a member through his band and has offered his prize to another, so we have drawn Part 2 again, with the winning entry coming from Colin Dye of Reg Vardy Band. The winner of the third part of the survey has been announced as Ray Speed of Barnsley Brass. Congratulations Ray and Colin. We will be in touch to process your membership!

Responses continue to arrive
BBE Partnership and Relationship Development Manager, Alex Parker, commented: “There have now been over 1,550 responses to the survey, which is an astonishing number of responses and will form a really significant piece of research. Many of the ideas and responses have been really interesting and we look forward to sharing them in the final report.”

Other than Northern Ireland, Scotland has now fallen to be the least represented region in the current national competitions with less than half the responses of Wales. Of the English Regions the North of England has the fewest responses 25 less than both Yorkshire and the West of England. The most represented region is currently London and the Southern Counties closely followed by the North West. If you are from the devolved countries it would be great to hear more from you as well as those regions less represented. All parts of the survey are still available and can be completed any time until the survey concludes.