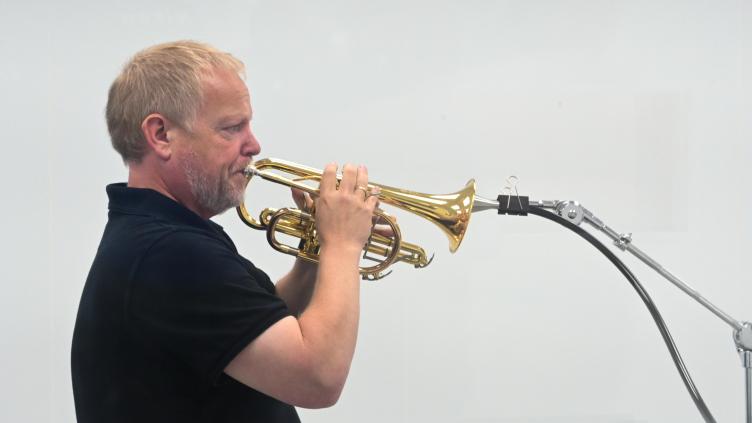 The results of a set of investigations into the release of respiratory aerosols by brass instruments has been released by Brass Bands England (BBE) as a preprint, having been submitted for peer-review.

The study, led by BBE Partnership and Relationship Development Manager Dr. Alex Parker, looked at how many particles were released from various brass instruments, measured using a laser particle counter. Alex commented: “This was important research for the brass community as, in recent weeks, the release of particles from instruments has been hotly debated due to the potential risks associated with playing, which has led the current guidance from the Department of Digital, Culture, Media and Sport (DCMS) to advise against all playing of wind and brass instruments, as well as singing.”

The particles released from a brass instrument are split into two categories - droplets and aerosols. Droplets are anything larger than 5 microns (a sixteenth of a human hair) in diameter, which fall to the ground quickly, while aerosols, are smaller than 5 microns and can’t be seen with the naked eye. These aerosol particles float on the air currents and can remain there for hours or even days. This ability to remain airborne for a long time is the reason aerosols pose such potential risks to brass bands, which often rehearse in poorly ventilated spaces. This study first looked at how many particles are released by various brass band instruments, ranging from cornet to BBb bass. While both aerosols and droplets were produced, far fewer droplets were seen than aerosols. The type of brass instrument didn’t change the number of particles released significantly and the likelihood is that the individual player makes more difference than the choice of instrument. However, the experiment also looked at the number of particles released when players breathe (without their instruments) and the results showed that observably fewer particles were produced when playing than when breathing alone.

The experiment also looked at the effect of playing with a material bell end cover screen and when the player was singing. This showed again that, on average, playing an instrument released fewer particles than breathing or singing, but finally showed a stark reduction in aerosol release when players also used a bell cover. This, for the first time, offers conclusive results that the use of mitigation measures can drastically reduce the release of aerosol particles when playing a brass instrument and should be included in the assessment of risk in changing policy to allow the resumption of some activities by the Government. 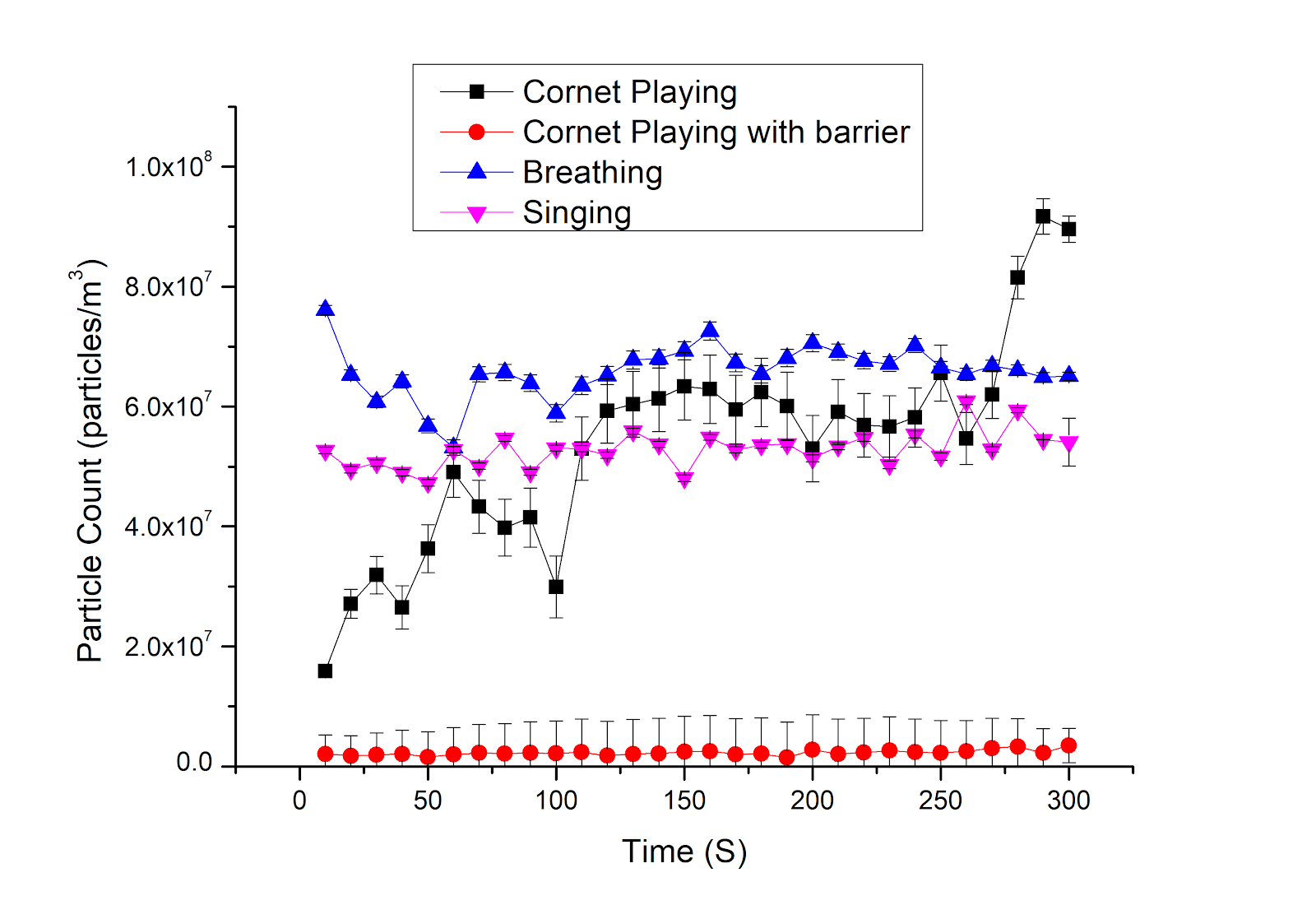 The research has already been passed to BBE’s partners at the DCMS to be used in the assessment of risk currently being studied as part of the research required to allow bands to return to playing in a safe way as soon as possible. It has also been passed to the World Health Organisation (WHO) as part of the policy to ensure rapid access to emerging findings, which could aid the global response currently in place during the pandemic.

Alex Parker added: “We are really looking forward to the day when bands can get playing again, but only when we can ensure that activities can start safely. To help make this possible, we have been working for some time with the science team at the DCMS to get them the information they need to make guidance suitable for amateur musicians. We hope that this study, along with the work of others, will contribute significantly to the information required for activities to be possible in the near future.”

The research was supported by Centre Stage Uniforms, which funded the use of the clean-room lab space and particle counting equipment. Centre Stage also provided the material bell end cover screen investigated as part of the research. The covers tested can be found at www.moistureguard.co.uk. The funders did not have a role in the experimental design, data collection, analysis or decision to publish and content of the results.